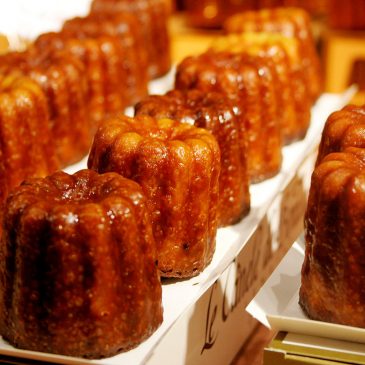 This time theses Canelés comes from Gironde and its invention dates back to the 18th century.

The nuns used flour found in the holds of boats to make their little cakes.

They made their thin dough and fried it in lard, wrapped around a sugarcane rod.

A few decades later, this recipe was revived and renamed Millasson.

These pastries were baked in fluted bronze molds.

This delicacy was constantly improved to become a small cake with a rum and vanilla flavored pastry coated with a caramelized crust, an emblematic recipe of Bordeaux.